When I started pondering over a logo symbol which would represent my work, I never thought that my search would take me all the way back to the Bronze Age.

There are no coincidences, are there?

Obviously, my logo trademark had to represent sexuality – it also had to be aesthetically appealing and not dull or corny. The process was not as easy as initially thought, until a friend of mine literally tripped over the petroglyph called, “The Lovers of Vitlycke”, while on a trip through southern Sweden. Amongst a series of rock carvings of about 3,000 years of age in the Swedish municipality of Tanum, he came across the lovers and instantly thought of me. The image was exactly what I had had in mind.

The way I perceive it, the carved image is a representation of a deep physical and spiritual bond between two people- connected through powerful feelings and inner attitude towards each other. The man carries a sword at his side and has a distinct erect phallus, symbolizing status and virility.

The couple is facing each other and they seem to be engaged in a kiss while the man’s penis points towards the woman’s pelvic region (vagina). The man’s right and the woman’s left leg seem to be connected below their knees by a kind of shackle- a detail which might support a funny theory that the distinctness of the lower legs is said to have been a type of ideal of beauty in the Bronze Age. 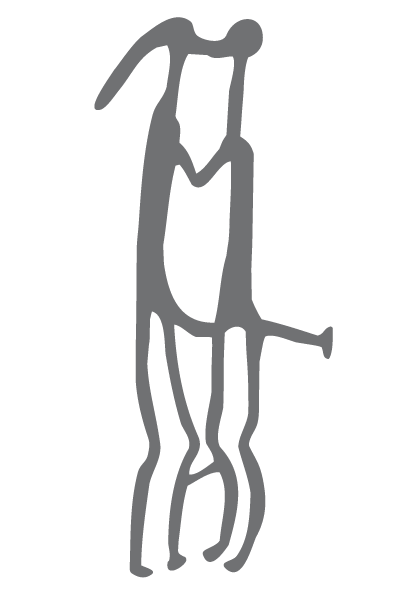 Also possible nowadays – and after all

I like the simple way in which the rock carving shows a couple’s physical and spiritual bond. It’s my intention to (re-) communicate to my clients this timeless feeling of unity with their self, their own body, and their partner’s, regardless of what one has experienced individually or as a couple – it works, after all. 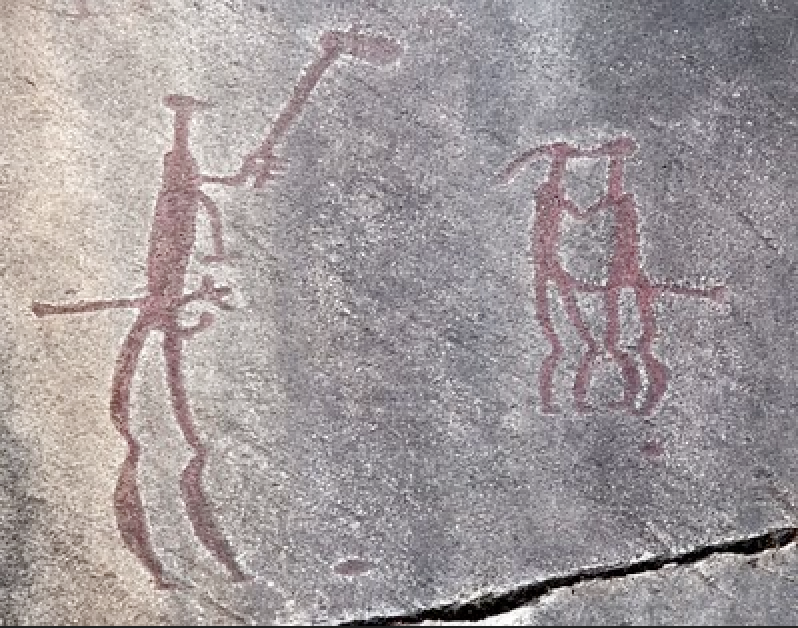 Ann-Marlene Henning, M.A. Sexology, studied neuropsychology at Hamburg University before beginning work as a psychologist in her native country of Denmark. Later, she completed her studies in sexology and couples therapy there, and afterwards in Switzerland. Back in Hamburg, she now runs a practice for couples and sex therapy in the Eppendorf district. In 2019, she completed her Masters degree in Sexology at the Merseburg University of Applied Sciences.